Are We Chimps, Or Are We Bonobos?

Would you rather make war, or make love?
A close friend of Tomas and mine often comments about human behaviors that we observe in terms of our resemblance to our two closest primate relatives. In genetic terms, we're extremely close to both the Bonobos and the Chimpanzees; evidently about 98%+ of our DNA is identical with theirs. Though the exact percentage may be debatable, that's not nearly so important as the fact that we are very closely related.
The differences are less significant than the similarities. 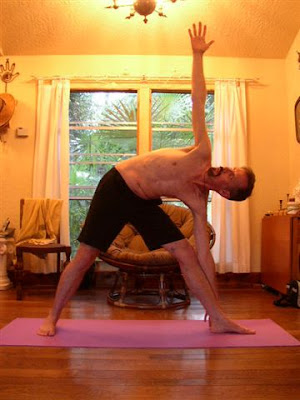 In evolutionary terms, humans diverged from the other great apes around 5 million years in the past, those Gorillas, Orangutans, Chimpanzees and Bonobos that share our basic overall design. Clearly the Chimpanzees and Bonobos are much closer to us in terms of genetics and physiology than the other two great apes. However the Chimpanzees are far more aggressive than Bonobos, their females go into heat periodically, and they tend to mate doggie style. In some other basics, such as females being sexually receptive all year long and a design that favors front-to-front coupling, the Bonobos resemble us a lot more. Also their females have full, pendulous breasts, and they are highly sexual by nature.
In terms of behavior, we have strong similarities to both these close kin. Chimpanzees are less likely to share food until they are satisfied, and disagreements often lead to violent fighting. Chimpanzees males are possessive of females and often fight over them.
Bonobos, on the other hand, are more inclined to share food amiably and their common means of conflict resolution is to engage in frequent erotic sharing, quite indiscriminately. Indeed, this last tendency is so striking its sort of a "MAKE LOVE, NOT WAR" mode.
Of course this does not mean Chimpanzees are bad and Bonobos are good. Rather there are significant differences in their behavioral patterns. Plus they are after all wild animals, however intelligent and similar to ourselves. Still we can learn a lot about ourselves and about our options from them. We can benefit from respecting all animals a lot more.
Our friend often shakes his head when he observes selfish and aggressive human behavior: "Chimps!" he says. "Not all that many people are like the Bonobos," he adds.
"We need a lot more of that Bonobo behavior, don't we?" I say. "I don't just mean promiscuity, of course. I mean the loving part. The non-violence."
"Humans have strong resemblances to both," he says. "Ours is the species that has invented nuclear weapons and also developed poetry and Yoga." Our friend shakes his head with an ironic smile.
"I guess the difference is that we have conscious choice," I say.
"Yes, but only if we choose to use our choices!"
Good point!
Posted by Bruce P. Grether at 2:10 PM