Happy For No Reason 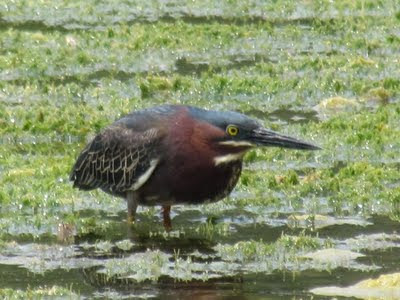 This morning Tomas and I decided to walk down by the Blanco River not far from our home. He brought along his new camera purchased to photograph birds for the new edition of his A HILL COUNTRY NATURE BOOK that he is working on. He's been capturing images of birds and other creatures right here in our garden, including the elusive, rare and seriously endangered Golden Cheeked Warbler! This effort requires a lot of patience and persistence.
At any rate, this morning though it was almost 9 AM and the days have been heating up around 100 degrees or more, it proved still pleasant due to a lot of big puffy cloud castles passing over. So we descended to the river, trickling low with a lot of bony limestone showing due to the drought and lack of rainfall. Seems like forever since we've really had nice storms. Still, the native forms are so tough and adapted to this climate of extremes, and life thrives along the shores.
Still we know that our beloved planet has reached a tipping point, though it seems that much of humanity remains in denial. Our species has created an environmental crisis, in large part due to overpopulation and encouragement of out-of-control consumerism, along with militant corporate domination on a global scale. Really, I'm not an alarmist--it's simply that we must open our eyes and face reality! As always, this problem we've created can only be addressed by us. Our species is at its best in such as self-created crisis, and we're now awakening to it.
Time to change. "The world has changed," as the voice of Lady Galadriel says at the beginning of the exquisite films of THE LORD OF THE RINGS

with which the New Millennium began. Is it ironic I should quote a fictional character in regard to such a serious and real situation? Perhaps, and yet Tolkien's Elfkind are wonderfully attuned to world situations…
Now to return from such a sober aside to this morning's stroll along the river park: I found myself feeling uncommon patience and delight in every detail of my awareness. Beneath the towering cypress trees along the shore we paused frequently while Tomas sought photos of little birds that came and went. Whenever my thoughts appeared, I simply did my Ho'oponopono cleaning, silently "I love you, I love you, I love you… " and my mind would dissolve back into the void of simple presence.
At one point, Tomas aimed his lens at a Green Heron that stalked the shallows by the far shore (as you can see above). I felt my Inner Smile widen. My eyes rested as lightly as little birds upon all I saw, including those cloud castle, pulsating reflected upon the calm river ripples.
"I was sort of slipping into feeling One with everything," I murmured.
Tomas grinned. "I noticed."
He had, for in fact he's a sort of Elf Prince, as AM I. What a blessing it is, to feel so happy for no reason at all!