The Deva of Gorman Falls

Last weekend Tomas and I went with our dear friend Shoshana to Colorado Bend State Park (here in Texas--to avoid confusion about a place I lived long ago). 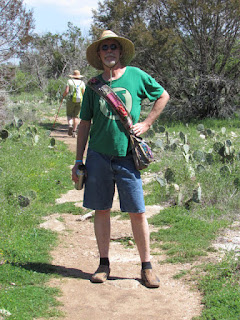 From a trailhead, we hiked a little over a mile along winding paths. There we spied a lot of limestone fossils from ancient Cretaceous sea-beds, those shallow inland waters that covered much of this area so many millions of years past. 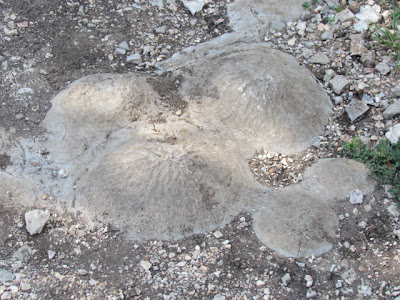 Clearly, we saw preserved patterns of ripples, what looked like worm tracks and even small mounds resembling stromatolites, those colonial humps created during prehistory by vast "civilizations" of cyanobacteria resembling blue green algae.
(I've created a new album on my Facebook page with more photos than I'll post here: http://www.facebook.com/profile.php?id=1747250921 cut/paste this URL if you wish!)
At last we carefully descended a steep slope of broken rock to Gorman Falls. Yes, use the cable holds as needed!
Spring-fed cascades pour and shatter pure veils of whitewater down a cliff some sixty-five feet high, creating an unexpectedly lush cathedral of greenery and sheltered growth along the Colorado River. A delicious quiescent roaring soothes the brain and softens the edges of the soul… 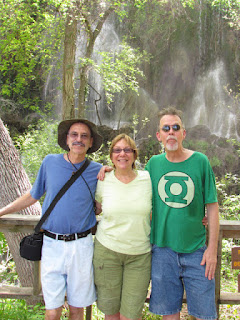 At the bottom, fortunately there's a little viewing platform and cautions to visitors to protect the gorgeous mosses and ferns, plus fascinating formations of travertine visible amidst the falls. Soon, while Tomas and Shoshana took photos and tramped about a bit, I settled in to begin a two-page sketch, a wide vista of the enchanted place. 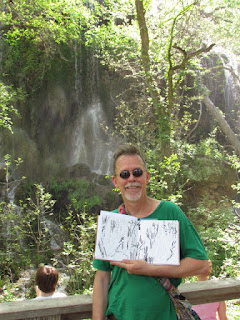 Above you see just the first few lines shortly after I began the sketch. I know we all felt the Magick of Nature strongly there--and toward the end before we started back… 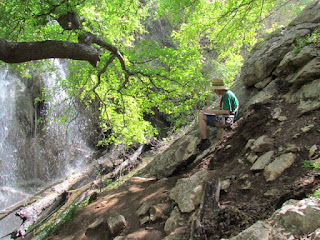 …Tom caught me in a different spot, scribbling in my journal. 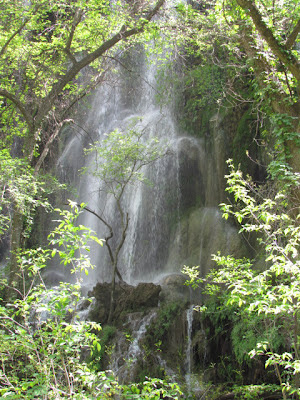 The spirit of the falls and the place spoke to me this way:
Allow the sound to dissolve all boundaries; allow your heart to know within you all your eyes SEE. Look with all three eyes beyond proportion and size. Return to the Center of Centers… within.
Posted by Bruce P. Grether at 2:07 PM 0 comments 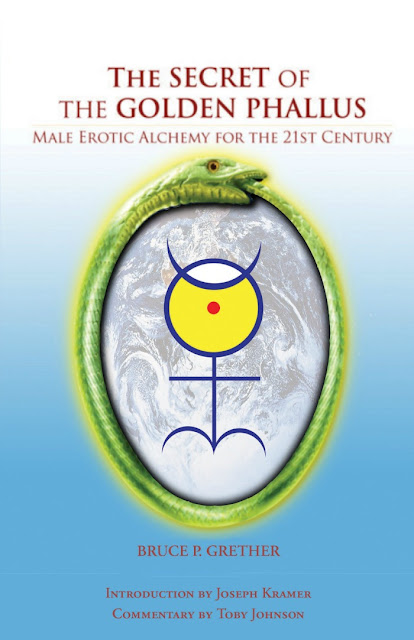 This is a book that can change your life! It is aimed at all men, of whatever sexualities, plus at women who love men and wish to understand them better.


Check out my 3 YouTube interviews with Blue Tyger on the subject, starting HERE! 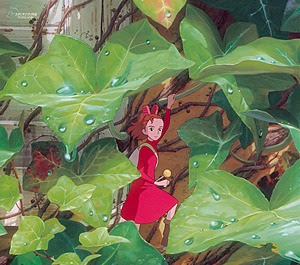 "Lions and Tigers and--" no, wait a minute, there's only a rather plump cat and a huge scary crow to worry about in this new favorite film of mine… well, plus some wonderful pill bugs, a few rats that don't get too close, and a cricket or two. Yeah, some butterflies as well.
Anyway, I must confess that this newest Studio Ghibli film enchants me on many levels. For starters, I grew up having Many Norton's books, The Borrowers and its sequels being read to me by a magickal adult: Miss Amala Rose Wood. Only a few years ago did I learn that much later Norton wrote a fifth book of the series called The Borrowers Avenged, which was a profound delight.
Though three feature films and a TV series have been made about the little family named Clock that lived under the floor of an English country house, none until this gorgeous, luminous creation under the loving supervision of Hayao Miyazaki really captured the child-heart magick of the books for me.
It's not only the elegant, restrained and yet vivid animation that Miyazaki's crew always creates--there's so much more to savor and treasure here. For the first time I've ever seen, some element of a "tiny people's world" are treated with more than usual realism: drops of water are thick and bouncy; tissue paper is thick and stiff; the little people themselves are quite tough and resilient as we know that mice are!
There's also the emotional and spiritual element. There is so much this film says about relationships, the nature of home and security, bigness and smallness, mortality and humanity. And yet there's no ghastly violence either. The truth is, I cried near the end, not from sadness, but a rich and beautiful poignance.
I suggest that if you believe in Real Magick, as I do, don't wait for the DVD--see it in a theater, as it's glorious visually. A rare treat on many levels.
What's not to like here, if you have eyes to see, ears to hear, + a heart to feel?
Astonishing work!

Peace, Bruce
Posted by Bruce P. Grether at 1:39 AM 0 comments