The Goldfinch by Donna Tartt: Gorgeous Prose and a Harrowing Story 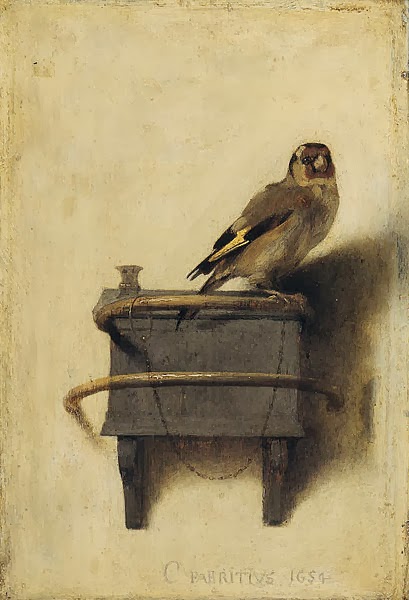 The Goldfinch, is a remarkable story in which I truly lived and felt compelled to keep reading through the long narrative, though sections of the book were difficult to live through. The writing is superb throughout, and Tartt has written a totally plausible account of the emotionally walking wounded, her narrator a boy traumatized by a horrific tragedy, yet graced by the endowment of a mysterious gift, as well.

Though the narrator of the novel, Theo Decker, (fictionally) takes custody of the actual painting, The Goldfinch, painted by Carel Fabritius in 1654, the painting itself is not the legacy he believes it to be. In fact, he does not steal the painting in the ordinary sense, and yet to him it becomes more valuable than its incalculable “resale” value. Rather than plant too many spoilers in this review, let me simply say that Theo’s life after the initial loss his mother is challenging, sometimes tortured and even horrific. In fact, his self-destructive behavior can be an ordeal for the reader, and yet it makes sense that he would behave thus—all too much sense!

This is a lengthy book, at 771 pages, and yet I regretted it ending. It contains a treasure chest of choice characters with layers of plausible depth and living, breathing reality, particularly Pippa, Mrs. Barbour, Hobie, and the wild, rather dangerous though basically decent Boris. Theo’s path is circuitous and obsessive, beset with sudden catastrophes, and sometimes, coincidences, yet these are not implausible; any life fully lived has plenty of such significant unexpected connections, meetings and surprises.

Something I could not much identify with and often found harrowing, was the abundance of heavy drinking and drug use in much of the book, and yet in retrospect this is also understandable because of Theo’s horrific history. Curiously, his wild and crazy, beloved friend Boris has a very different attitude and response to his own traumatic history. These close friends have a relationship of admirable complexity and the kind of nuances and contradictions of behavior we actually experience. Also, though I understand why some have said the novel is somewhat “Dickensian,” it exists solidly in the current world of iPhones and laptops, which gives it a sharp and even dangerous contemporary edge.

I definitely came to love and admire Mrs. Barbour, Hobie, and even Boris, more than Theo himself, who remained deeply flawed throughout, though he finally grew and changed somewhat eventually, if not a great deal. Something quite fascinating in retrospect is that within the “reality frame” of the novel, Theo as narrator must be just as talented a writer as Donna Tartt. It’s entirely told in first person, and the concluding pages provide a succession of stunning grace notes without any phony salvation involved.

One more intriguing element here is the fact that the actual painting, The Goldfinch, presented with some true backstory, is also given a detailed fictional history for over a decade of its existence, a kind of alternate timeline to “this,” and finally it provides that delicate, mysterious and profound interplay between art and life, which in lesser hands could seem trite. In fact, art and life converge perfectly here!

I consider this novel, like the titular painting, to be a genuine masterwork.

A Legacy of Love and Lions 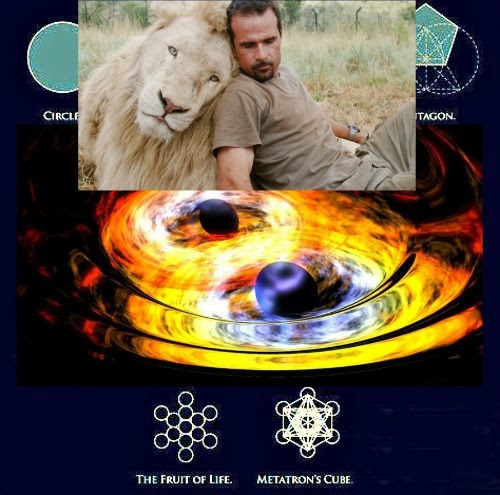 We who dream of the stars and examine Mars
From here on this swirled blue sphere
Forget to park the shoes of our minds by the temple’s door.
We still don’t have flying cars—
Yet we peer into the Earth’s deep core
And into the atom’s heart
And our own hand remains
An unsolved mystery.

All it takes to embrace and to totally love
These last lions on the planet’s face
Is: overcome fear of yourself
And your connection with everything.
Grow up, human race!
Accept Creation’s
Gratuitous grace.

And what you easily miss is this:
The unexpected gift of exponential change’s kiss.

Our iLife evolves so rapidly now
No one can anticipate how strange
Those vivid clouds upon the horizon
May in truth become—for evolution
Is not simply improvement,
As imagined by some:
It is adaptation.
It is Ancient Egypt’s naked face
In orbital space—
Arms open wide
And Sacred Heart ablaze in the chest.

It’s this fearless embrace
Of the huge male African lion
It’s a necklace of tropical islands
Afloat on a future of smart matter
That knows and tolerates us…
It’s children and its creators
Just now waking up
To these realities
Of stardust.