The Return To Aslan's Country

In the early summer of 2001 while helping to facilitate a workshop in upstate New York, I had a striking experience of either near-death or simply out-of-body travel, though neither of those subject fascinates me so much a living fully embodied does. (It's all too easy to nearly die or be OOB!) While practicing prolonged, deep abdominal breathing, in an ecstatic state, I flew through the classic Tunnel of Light. I arrived at a place I'd been familiar with since about age 7 when the book, The Voyage of the Dawn Treader

was read aloud to me in my Second Grade classroom.
In my vision, I flew across that sweet water sea of white lilies and arrived at that farthest eastern shore where the Sun rises from. Only instead of the precise imagery of the book, I saw standing there a beautiful man who had passed away some years before. By his feet was the white cat Taliesin, who died only a few years before; on his shoulder perched our canary Uma, also recently deceased. I began to become emotionally overwhelmed; then mercifully the great lion Aslan appeared before me. As if to say "This is not your time," he puffed up his cheeks like the North Wind and blew me back into my body.
I'm still not convinced there is an afterlife or reincarnation--with apologies to New Age orthodoxy--as my beliefs are a bit more radical. I'm sort of a scientific animist. I feel we're all part of a Universe that is alive, that in a sense is Life itself. Not only Mama Gaia, rather EVERYTHING IS ALIVE! Only forms arise and dissolve, and its that thing that I'm like a droplet in the ocean . . . 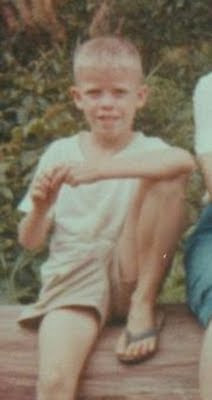 My beliefs are not so important here. What matter is how grateful I am to Miss Amala Rose Wood, the remarkable teacher who read aloud to me the entire series The Chronicles of Narnia

during my two years in her classrooms in Chieng Mai, Thailand. All these years later, I refuse to concede ownership of those wonderful stories to Xstians or any other religious breed. With all due respect I know that the author, C.S. Lewis had his own conversion experience, however he wrote these stories from the unconscious level of imagibative inspiration and they hold up perfectly well as pagan arcvhetypes.
As you may be well aware, he wrote Voyage as a return to Narnia of two of the Pevensie children with a cousin of theirs, where they join young King Caspian on a mystical and adventurous journey aboard the Dawn Treader across unknown seas to the uttermost East: Aslan's Country.
Despite my love for Narnia, which is partly responsible for the fact that I'm a world-builder today in my own imaginative fiction, somehow I've outgrown reading those particular books. They're beautifully written, exquisite English prose, in fact. However--again with all due respect intended--I'm liking the new film adaptations even better.
The films actually streamline some slightly tedious aspects of the books and deal with the Pevensies as more realistic young people. I'm not sure C.S. Lewis understood real kids so well by the time he wrote the books. So I was thrilled when the DVD of The Voyage of the Dawn Treader

arrived at my home the day of its release.
Now I'm also excited that they've announced The Magician's Nephew as the next film of the series. This means that the fabulous Tilda Swinton should be reprising a more major role as the White Witch Jadis--and who could fail to look forward to such a treat?!