The core myth of myths is the Garden Story. Of course it is far older than those versions referred to in the Abrahamic scriptures of three major world religions. In the older Babylonian-Sumerian versions, the woman (the Great Mother Goddess) lives alone in Paradise first and creates the first man as her companion using a mixture of mud and her own menstrual blood. What these stories really tell us at their core concerns our own deepest connection with Nature itself, and our emergence from an animal state of participation mystique or Oneness with All Things . . . emerging into the kind of separative, dualistic thinking mode we now experience. That's not all bad; it gives us the opp to return!
The much later invention of "Original Sin" along with the reversal of the story placing Adam first and blaming Eve for evil has come to pervade many world religions with the idea that everyone is born sinful and the world is fallen. Now it's time to overturn such nonsense again and reclaim our (your!) original Innocence! Let's also reclaim that Serpent as a symbol of grounded wisdom, life-force and regenerative power, plus of the living phallus as a good thing to be celebrated.
Along with the twisted idea that we are the crown of creation, at the top of a hierachical world that exists for our benefit, original Sin has probably caused more suffering int he world than any other weird superstition. Of course, it's only a story, yet as so many people have come to believe it (even unconsciously many of us who would consciously reject it still suffer poor self-esteem for this reason) it might as well be true--unless you are willing to work on yourself and get back to Point Zero.
To accomplish this you must do as Socrates suggested: "Question authority and think for yourself." 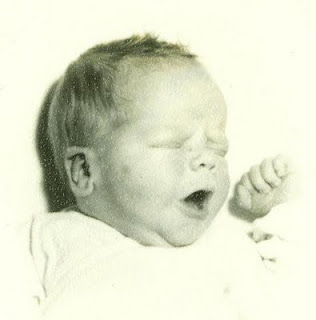 Reclaiming your Original Innocence does not mean a retreat to immaturity or irresponsibility. On the contrary, it is a giant step forward from "adulthood" (which after all means an organism that has stopped growing!) into cosmic consciousness, the Tarot Fool, the Zero Card in the Major Arcana. In fact this is also what the great sage Jesus (not to be confused with a religion found in his name) meant when he said that to enter the Kingdom you must be like a little child. More vividly in THE GOSPEL OF THOMAS the same teacher is asked "When will we enter the Kingdom?" His reply: "When you take off your clothing and dance on top of it like little children." Now that's my kind of religion!
Adults in the current global civilization have mostly forgotten how to engage in genuine imaginative, magickal, childlike play. For most grown-up, "play" becomes a rather destructive overcompensation for a stressed out, overworked daily life. It's a release in the form of drinking too much, taking dangerous drugs, driving too fast and having unsafe sex. Not a set of really good ideas . . .
Now think back. Very early before you were 6, you could bring anything to life, imagine anything was going on. You could actually fly, at least in your imagination. All it took to turn the world upside down was to lie on your back and look!
In fact, from age 0-2 the Delta brainwaves associated with sleeping and unconsciousness predominate; then from 2-6, it's a lot of Theta, which means the Real Magick of imagination and reverie. Those are your "programmable years," in which the tone of your lifestyle is set. Then around 6 the Alpha waves of concentration set in and you are shipped off to school to be molded to fit into a pigeonhole. If those early imprints are not so hot, they can be re-imprinted by a good shaman.
This is an important theme for me--I mean reclaiming Original Innocence. The Earth is Paradise, it's a Garden for those who have eyes to see and ears to hear. Many of us know that the Old Earth paradigm is already dead, though the fearful, hysterical, sensational global media still broadcasts from there. Fortunately the Global Brain is now waking up . . .
More and more of us are awakening to the New Earth, a far better place to live.
The best way to get here is to reclaim your Original Innocence!