Such Stuff As Dreams Are Made On 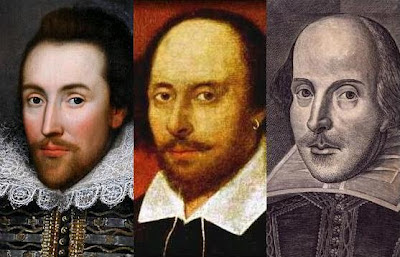 Among those still and forever is Across the Universe directed by visionary, mega-talented genius Julie Taymor… like plenty of her projects, it's a bit too unusual for mainstream success, until DVD release, at least. There are exceptions, as she was behind the Broadway musical production of The Lion King. Recently she was notoriously fired from the Broadway production of the musical Spider Man thingy. She was probably too visionary for that one?!

One of Taymor's loves--quite clearly--is Shakespeare, and her film Titus, based on Titus Andonicus, is a bit too grisly for my liking, despite exquisite film making. But then, the good ole Bard himself often went overboard on the tragedic aspects, and I'll confess much of a fan of He From Avon as I am, I'm largely over the tragedies. I mean, life can be tough, but seldom quite so bad as to leave so many folks tortured, insane, mutilated, and a pile of bodies, as in Lear or Hamlet, or Titus for that matter.

Far more to my Bardic taste these days are the more ambiguous, light-hearted A Midsummer Night's Dream and the totally rich mixture of what some consider his finest script, The Tempest.

Now I'm in process of frequently worshipping Taymor's recent film of The Tempest. I mean, what's not to consider great, remarkable, astounding and gorgeous about this film? I was not su sure initially how I'd react to a "femalized" Prospero as in the Prospera of Helen Mirren. But then, Helen Mirren can do no wrong in my book, either. And she can do no wrong in how she ruffles through the pages of Prospero's Book of Magick… Mirren rules and rocks!

Speaking of which, there is one other Tempest interp that will always remain supreme to me: Prospero's Books, the genuinely enchanted film of Peter Greenaway with the literally incomparable Gielgud as Prospero. That film is an actual Magick Ritual that rocks your socks off and blows your mind. Plus it's got more nudity, bobbing breasts and bushes and dangling penises than any other film I've ever seen, as the island spirits appear as a parade of naked folks more fabulous than any Fellini vision!

Only back to Taymor's recent masterpiece. Every note is true. Filmed mostly in Hawaii on Lanai, it also stars the adorable remarkable Ben Whishaw as Ariel and Djimon Honsou's Caliban. Well, everyone here is extraordinarily fine.

Likewise fun and fascinating is the documentary included, "Raising The Tempest." Something I notice is that even I do not always catch the exact drift of every line of Shakespeare, even delivered so naturally as this… and it doesn't matter! Shakespeare's language has no bottom line and is usually somewhat multi-leveled anyhoo.

So, if I've rave too much, you're probably already gone to some other place on theNet--if not, do your best to catch this film on NetFlix or somewhere.

You will not regret it!