A Favorite Book Reborn Even Better: CREATION by Gore Vidal! 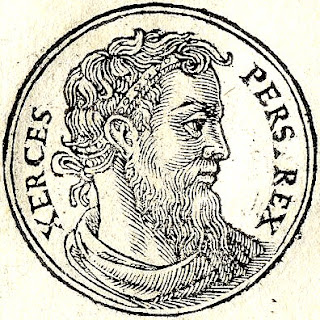 Wow! I am indeed a bibliophile--perhaps the term book-aholic is not too harsh for my addiction to reading, though in an effort to be kind to myself I should say "bookworm." I love worms! After all, since I met my partner and moved to Tejas, I do have a life and more going on than reading and writing.
When I lived in Estes Park, Colorado, in the early 1980s I recall the publication of Gore Vidal's novel CREATION--which I still consider his finest work. I saw the juicy paperback with a cover, overall yellow with an intriguing historical figure or two rendered nicely. Already a big fan of the brilliant author, I immediately purchased it at the little McDonald Bookshop on Elkhorn Avenue.
The novel vividly brings to life the ancient world during a key interval of the 5th century BCE and plausibly weaves a fictional character's life into events that take him on a journey to both India and China. Along the way he encounters Lord Buddha and Confucius. We even get a glimpse of Socrates as a young bricklayer, prior to his career as a philosophical teacher.
The narrator is one Cyrus Spitama, grandson of Zoroaster. Living in his old age in Athens during the time of Pericles, while they await a decisive invasion from Sparta, Cyrus tells the story of his life to his nephew Democritus, destined to become another famed Greek philosopher.
Nourishing, informative entertainment and a dazzling feat of storytelling, to say the least.
Recently, after rediscovering Vidal via the film of MYRA BRECKINRIDGE that is supposedly so awful (though I find it a delightful and bizarre hoot!) I happened upon a paperback re-issue of CREATION. Turns out that in 2002 some 21 years after the original publication, Vidal was able to restore significant parts of the novel removed by a well-meaning editor who butchered his plot.
Indeed, the boyhood and youth of Cyrus growing up in the court of Darius of Persia and becoming a close friend of Xerxes is, as Vidal said in a new author's note, "the spine to the narrative."
What a delicious and delightful restoration! Is there any better way to enjoy history than a plausibly accurate and exquisitely written historical novel? Well, perhaps only by visiting the sites and doing your own seances or channelling, I suppose…
Of this novel the eminent Mary Renault wrote: "it is a very long time since I read a book of more than five hundred pages with no awareness of its length, beyond a wish at the end that it was longer."
Posted by Bruce P. Grether at 8:55 AM