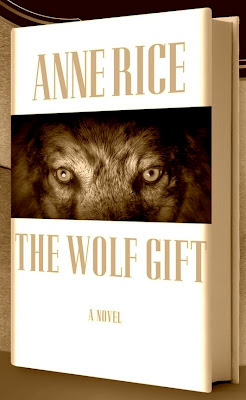 There are special cases where someone I revere not only remains marvelous, they continue to grow more wonderful over time; such is the case with my favorite fiction writer, Anne Rice. I know that some literary snobs never could forgive her the huge success and enormous worldwide popularity, much less selling over 100 million copies of her books. Only the plain truth is, she writes great literature.
My love for Anne and her work began in 1976 with the first novel of the then-unknown author. I’d never read anything so original, or so seductive, elegant and yet somehow believable despite elements potently fantastical. It was ingenious and curiously convincing—genuinely inspired writing.
With the publication of her latest novel, The Wolf Gift, on February 14th of this year, she herself noted she did not return to the supernatural; she never left it. Her books concerning Christ and those dealing with angels were every bit as concerned with supernatural beings as most of her other previous works. My copy arrived courtesy of Amazon on publication day. Somehow I made the reading last nearly a week!
Though I may be by no means objective, I was ready to try to be honest with myself if I felt the least bit disappointed by this new foray. She takes you into the realm of another kind of immortal, what we call a werewolf. In this story the creature is more often called a Man Wolf. I found myself totally drawn in by the author’s narrative skill, her passion and the white-hot inspiration.
As my partner Tom said when I began to read him Blackwood Farm aloud some years ago (and he doesn’t like vampires, finding them too creepy!), “This is already a movie in a real sense—it is so vivid, visual, and entrancing. You can see everything. This is not about monsters, but about real people.”
Another charm of The Wolf Gift for me personally is the setting in the Bay Area where I lived some rich and enchanting early years of my own in the 1960s and early ’70s as a teenager. Yet there’s nothing nostalgic about this new novel set very much in the present of iPads and texting and Facebook. In fact, Anne re-invents the werewolf tradition in her own plausible and inimitable style.
The protagonist Reuben Golding—who receives the gift—discovers a totally believable and realistic predatory nature within himself. In his Man Wolf form, though he chooses to kill only truly evil human evildoers, he also hunts animals, and like any actual natural predator feels absolutely no remorse about the kill. Rather he exults. It’s chillingly and thrillingly realistic this way. Plus the “origin myth” is truly excellent and quite surprising.
Plus without wanting to spoil anything, (spoiler warning?) I must say I really enjoyed the inclusion of a gay teenager who also receives the gift after being gay-bashed. All of the characters are dimensional, psychologically real and complex. Like any great artist, this writer gets better and better by dedicated practice of her art.
Let me say no more except that I sincerely feel grateful that this incredible woman is writing not only as well as ever, but that Anne Rice’s finest hour is now!
If you have not read it, check out this gorgeous, sexy, hypnotic tale of crisis, terror, love and self-acceptance.