Why I Believe in Faeries 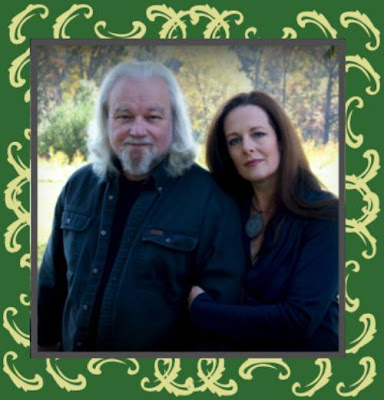 "Of all the trees that grow so fair, ancient lands to adorn, / Greater are none beneath the sun than Oak and Ash and Thorn."

Last summer when Tom and I attended the Fairy and Human Relations Congress near Twisp, Washington, we had the great privilege and immense honor to meet R.J. Stewart and to take several workshops with him. The Congress is a most unusual and fantastic event held in a beautiful mountain valley. A variety of people attuned to Nature and what some call fairies or devas gathers yearly to celebrate and to study with prominent presenters of events.

The Congress is both playful and serious, in that we humans must swiftly restore our relationship with Nature and the environment for the sake of all life on Earth, as well as our own species.

Over the years, Tom and I have read many books by Scotsman R.J. Stewart. R.J. is perhaps the world's top expert on the Faery Tradition originally associated with the UK, though it has global relevance. What this tradition speaks of is not just the little winged sprites of Victorian sentiment; these Faeries are a race of ancient spiritual beings more like the High Elves of Tolkien.

They resemble beings known in many other cultures as the Elder Gods, such as the Titans, or the Toltecs, in the old and new worlds. They are said to be related to humanity, yet we have estranged them by our behavior and our beliefs and driven them away. Of course, many adults of today may feel that we know what is "real" and believable. And yet, even a scientific view reveals how little we actually know, how deep the mystery remains. The world continues to surprise us with remarkable discoveries "if we have eyes to see and ears to hear."

Yes--I'm coming out of the closet as a believer in these Faeries, this ancient race of older beings closely allied with the power of Nature itself. I've always believed in them, though it's only in recent years that I can admit it even to myself. It may seem irrational, but rationality only gets you so far--sometimes you have to go with your gut and your heart.

Why do I believe in Faeries? Because I've always known, deep in my cells and in my stardust that they exist and that our relationship with them is crucial--now I can admit it to myself, regardless of what anyone may think!

AND NOW FOR SOME EXCITING NEWS! Tom attended a wonderful workshop with R.J. in Boulder late last year called "The Faery Oath of Oak, Ash & Thorn," and now we are bringing R.J. and his partner Anastacia Nutt to Wimberley, TX to present this remarkable teaching. The workshop will be on SATURDAY AND SUNDAY, AUGUST 10TH AND 11TH.

Don't miss the opportunity to participate! For more information please email Tom with subject line "OATH": tmanes@austin.rr.com ... you can also look at the Facebook page:https://www.facebook.com/events/156210781224850/?fref=ts 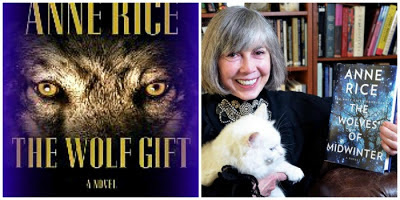 The Sound and Scent of Life Itself 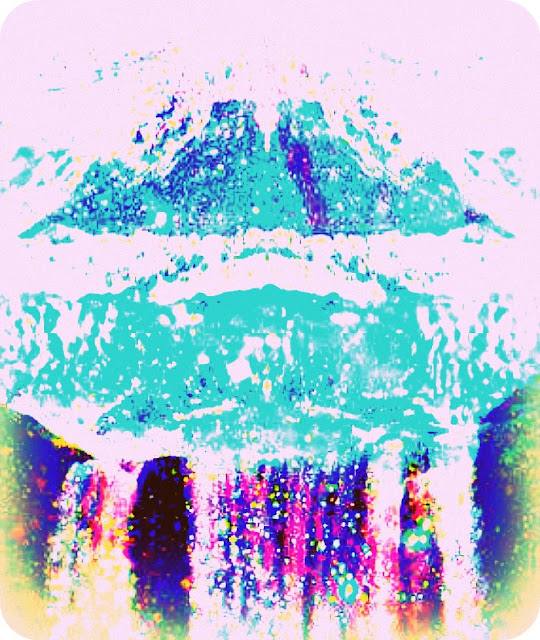 Following a severe period of drought, to hear and smell the rain falling upon the world becomes the sound and scent of life itself!

That gentle hypnotic sound on our metal roof wakes me sometime before dawn. I get up, come downstairs and begin my day with that sweet, steady sussurus for my foundation. I'm keenly aware that my spiritual practice of constant cleaning within me--using gratitude and love--has an unexpected side-effect. I directly experience the subtle behavior of cells, molecules, even atoms, and subatomic energies.

For example, heating the water for tea, I FEEL the heat swiftly conduct through metallic lattices of the kettle like express trains and how this stimulates the elegant dance of the H2O molecules into a wild kinetic frenzy.

Sometime after my first cup of tea, and reading for a while, the sky grows pale and the rainfall lets up. I go outside and wander quietly through Paradise Garden. Even such a light touch of rainfall immediately heightens the green! Plus at this time of year dozens of different things bloom in the garden. Every plant here is a great and intensely aware being! I feel deep and profound respect for their vegetative intelligence. The moist scents of soil and vegetation reaches me from every quarter. Birds embroider the morning with song and response.

My heart swells with gratitude and love for everything (no exceptions!) like a bicuit in the oven.

When I consider this, I realize that the rain has always spoken deeply to me. It speaks to something deep within, perhaps at some level of ancestral memories. Epigenetics has recently revealed that we do inherit some acquired predispositions. So did my ancestors experience drought?

It may or may not have been drought. However I do know that many times they felt immense gratitude for the simple reprieve from need and suffering that Nature can unexpectedly bestow. I can feel this  grace, not only in my cells--but also in my jeweled molecules and the ecstatic dance of my atomic stardust.

For the last 33 years I've studied how the elements that compose our human bodies influence what and who we are. Now I offer a service based on my awareness and on everything that I AM, a service called Ancient Egyptian Shapeshifting Oracle (or A.E.S.O.). Please SEE:http://www.9realities.com/aeso.html which also has a link to the A.E.S.O. Facebook page.