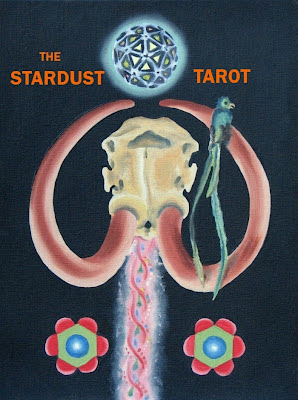 I often get up quietly sometime between midnight and dawn and come downstairs to start my first cup of green tea and read for a while before I boot up the iMac. Something curious that I’ve noticed is the fact that in the bathroom where I often read it seems that the light takes a while to become bright enough to read by. It’s an incandescent bulb at present, though we’re trying out some LEDs now—however I’m quite sure the bulb itself does not get measurably brighter after the first few moments.

What it SEEMS like, which is not good physics, is that the photons that pour out of the bulb take a while to fill up the room and accumulate, something like the water level rising in a container until it’s full. Of course, this is nonsense from a scientific viewpoint, and yet I trust my own experience more than I trust physics OR metaphysics for that matter!

While I don’t insist on my explanation, I know from experience that it takes a few minutes for the room to fill up with enough photons so that I can comfortably read! You might imagine that my eyes are adjusting—and maybe that’s part of it. Who knows?

Anyway, I’m always learning and I try to always keep an open mind. For example, I’ve recently realized that I did a poor job of naming my new workshop coming up on SUNDAY, MAY 27TH AT HEART OF TEXAS YOGA, IN CHARMING WIMBERLEY FROM 1:30-4 PM. Should have been called THE STARDUST TAROT! Seems many folks are intimidated or confused by the fancy name I.N.T. (Interstellar NeuroGenetic Tarot) and think it must be difficult, hard to understand, or just plain strange.

NOT! Actually it’s about the fact that we’re all made of 90% stardust and this fact alone can help you to comprehend yourself and your place in the Universe better. I’ve prepared for this workshop for about 45 years now. Plus the beautiful STARDUST TAROT I created for it is not even a deck of cards; it’s more like a fascinating, full-color PERIODIC TABLE OF EVOLUTION… a key to the Game of Life that we all play.

There I go again. Big words? Not really. Look in the mirror, please; trust your own inner wisdom. I’d love to have more folks sign up for the workshop in the next week. (Don’t worry, Bev, I’ll be there come heck or high water!) The workshop will happen no matter what and we’ll have a grand time.

WHAT WILL YOU GET OUT OF THE WORKSHOP? Mind-tingling fun—a deeper sense of belonging in this Universe and on this planet, connection with all your Ancestors and Descendants, and a clearer idea of what is REALLY going on aboard Spaceship Earth. Probably major new insights into the nature of existence? + 2 11X17 full-color posters of the gorgeous and fascinating STARDUST TAROT that I’ve spent 45 years creating. A lengthy scroll that explains everything in existence according to the Octave-Wave structure of our spacetime realities.

Check it out, Okay? Here: http://www.9realities.com/int_workshop.html

If the spirit moves you, let me know and sign up! It’s not too late.

I love all you beautiful Stardust Children!!! 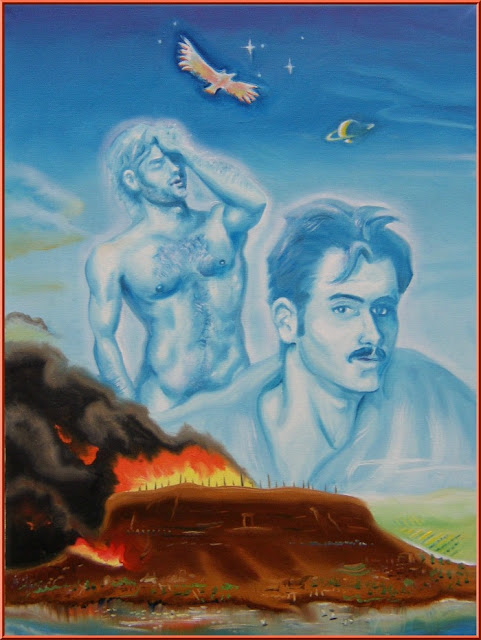 Yesterday I met my dear, beautiful and brilliant friend Nerissa Oden at Maui Wowi--the best coffee shop in town--just for a visit. However, our conversation, as it always does, soon veered into fascinating and significant directions. Nerissa is almost always one of the happiest and most positive people I know--however this time we discussed the disconcerting duality that seems to characterize the immediate human future on our accelerating planet.

Indeed, the BIG Picture looks like either immanent apocalypse due to human idiocy about the environment, or maybe another BIG Picture in which we somehow get our act together enough as a species to survive. Clearly the fact that corporate powers are now above and control all governments on the planet is a key factor in the mindless, headlong race to exploit all resources at any cost to humanity and Earth. As always, I maintained that we cannot ever predict the future. Perhaps the bigger evolutionary process, rather than any one person's action is the best hope.

"So I'm looking for this other BIG Picture," Nerissa said with a wry smile. "The one in which we don't destroy the planet."

I shrugged, a bit disconcerted. "I have to be honest. You know, I've always tried to be positive and hopeful, but the realities out there are not so encouraging. I don't have a BIG Picture I'm convinced of. You know, it could be that humanity is awakening and enough folks will become enlightened soon enough... or that could be avoidance. We don't really know, do we? I really appreciate this discussion, which I think is truly important."

And you know, I think I know what that is for me! When I got home, in an email from David Spangler (a co-founder of Findhorn Foundation) I saw a review of a book titled "Apocalypse NOT" only that wasn't it either.

This morning I wrote this poem:

This book
Is not a book --
It's a forest -- THE Forest
The Forest Primeval --
With everyon'e Ancestors deep
DEEP within our trillions of cells;
Golden shafts of sunlight
Reach through, yet only
With the canopy's permission.

A thousand possibilities awaken
While creatures stir, stretch, turn and look about --
While a thousand others
Curl, breathe deeper, and though alert
Move towards sleep...
Here is found and here abounds
That green that cannot be more green
The soil of precise and perfect richness --
All is present and balanced.

You do not open this book's pages with your fingers --
For it is also the Book of Life
That opens with every breath you take
With each beat of your heart.

And this morning I also came upon this quote that sums up the BIG Picture I feel is our only real alternative to apocalypse (it's in THE most important book currently available, which I suggest you get and read):

“Protecting what we have isn’t enough, not nearly enough. We need to restore the forests big time, and help the planet heal itself. It’s about restoring the filter system. Instead of spending so much tax money for war and armaments it would be wise to use the army and equipment to reforest the planet as soon as possible. As crazy as that sounds, that is exactly what we need to do, that’s the big fix solution. Reforesting and healing the Earth is the only answer, and it does a lot more than the science can tell us. That’s how we deal with the future—by taking action. Human beings and our machines will not save us. Our government will not save us. And science will not save us. If we wait for their solutions, we will run out of time. But if we harness some of the nearly boundless energy of the planet and the universe by planting trees, it starts into motion the healing and cleansing of the oceans and the atmosphere. And that’s what trees do. They benefit every living thing, and it’s a gift to our children and grandchildren.”

-- David Milarch, quoted in THE MAN WHO PLANTED TREES: LOST GROVES, CHAMPION TREES AND AN URGENT PLAN TO SAVE THE PLANET by Jim Robbins, 2012

One of Nerissa's sites: http://www.foodpowers.com/index.html
David can be found here: http://lorian.org/